The doctors at SNNN specialise in the management of epilepsy and related disorders. Make an appointment today.

Epilepsy is one of the most common serious neurological (brain) condition. Around 10-12% of people will have a seizure during their lifetime, and 3-4% of people will be diagnosed with epilepsy at some point. The causes of epilepsy are often different through age.

Conditions which increase the likelihood of developing epilepsy include:

Precipitating factors that may cause a seizure to occur include:

People who have epilepsy have seizures intermittently and may be asymptomatic for months to years between seizures.

How is it diagnosed?

With the use of anticonvulsant medications about 70% of people with epilepsy can have their epilepsy well controlled. Up to 60% of people can have good control without experiencing significant medication side-effects. Patients with epilepsy have an increased risk of developing depression, anxiety, and psychosis. Approximately 20% of epilepsy patients develop depression, and a higher suicide rate compared to the general population has also been noted in patients with epilepsy. There is a 2-3 fold increase in the risk of death in a patient with epilepsy when compared to the general population. Some of this increased risk is probably due to the underlying causes of epilepsy such as cerebral tumours or strokes. However, a very small percentage of patients die from a syndrome known as sudden unexpected death in epileptic patients (SUDEP). The cause of SUDEP is unknown.

With regards to pregnancy in epilepsy, some reduction in fertility has been noted in epileptic populations. This is probably due to a number of factors – for example, a third of women with epilepsy have ovarian abnormalities (e.g. not ovulating regularly, polycystic ovarian syndrome). In addition, the risk of birth defects in pregnant women taking anticonvulsants is higher than the general population. Therefore counselling prior to becoming pregnant is crucial. If drug therapy is continued during pregnancy, use of the lowest possible dose of a single, first-line drug is recommended. Folic acid supplements are also recommended. Despite drug treatment, seizures may persist in 20 – 35% of cases of epilepsy. These patients may benefit from review of medications, attention to treatment compliance, and consideration of surgical options.

How is Epilepsy treated?

Management of epilepsy will involve the treatment of underlying conditions that could be causing the epileptic seizures, avoidance of triggering factors, use of antiepileptic medications, surgical treatment options, and addressing the emotional issues that face a patient with epilepsy.

Your specialist will assess the risks and benefits and ensure that you are given the best treatment. He may recommend you use your medication at the lowest effective dose and also start folic acid supplementation (usually 5 mg/day) four weeks prior to and continue for 12 weeks after conception. Please seek your doctor’s advice if you are pregnant or planning to become pregnant. 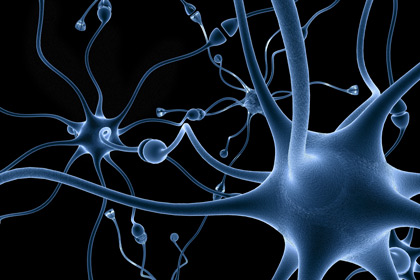