Associate Professor Karl Ng at SNNN specialises in the diagnosis and management of spasmodic dysphonia, including the use of medical injectables. Make an appointment today.

What is Spasmodic Dysphonia

Dystonia encompasses a broad and complex spectrum of clinical presentations that occur as a result of opposite muscles contracting (muscle co-contraction), involuntarily causing the muscle to spasm. Spasmodic dysphonia (SD) is a rare form of dystonia that affects the laryngeal muscles (vocal cords). It is also known as laryngeal dystonia.

The term spasmodic describes sudden and intermittent jerking movements of muscles and, as such, SD is characterised by poor vocal motor control during speech due to intermittent and involuntary spasms of the laryngeal muscles. SD is a task-specific disorder, which means that symptoms are only experienced while performing a specific task – in this case, speech. Emotive expressions such as screaming, crying and laughing are not affected and so SD is purely a speech disorder. Speech while whispering, shouting or singing appears to be less affected by the muscle contractions, and people may use one or more of these sensory “tricks” to try to alleviate the problem (e.g. speaking with a sing-song intonation or adopting an accent).

People with SD exert significant effort and strain to speak. There are two types of SD which display markedly different vocal symptoms. Very rarely, a person may experience both forms of SD.

ADSD involves sudden, involuntary spasmodic hyperadduction of the laryngeal muscles during vowel production, resulting in closure of the vocal cords. This causes strangled-sounding “breaks” during speech.

ABSD involves hyperabduction of the laryngeal muscles during speech production, which results in opening of the vocal cords. ABSD is the less common form of SD. It is characterised by breathiness with aphonic whispered speech segments or breathy breaks.

SD is a rare disorder which is difficult to diagnose, and for this reason the prevalence is largely unknown. It is estimated that 1 in 100,000 people will develop the condition.

ADSD is nine times more common than ABSD. One third of all people with SD will also experience tremor of the voice, although it is possible to have vocal tremor without SD.

Women make up around 60–80% of both subtypes of people with SD. The process can occur in a wide age range, but the averageage that the condition is diagnosed is 39 years.

Unlike other dystonias, there have been no genes identified for SD, although this may be because the condition is so rare that family studies are difficult to conduct.

SD occurs due to irregular inhibition (obstruction) of the laryngeal muscles. The mechanism for this inhibition is not clear. Post-mortem studies have determined that people with SD show decreased axonal and myelin density and increased numbers of inflammatory cells in areas of the brain that control laryngeal behaviour.

The following have not been confirmed as risk factors for SD, but have been associated with the condition at the time of diagnosis:

Like other dystonias, stress and fatigue appear to make SD symptoms worse and could be a trigger for contracting the condition, but whether they are causes is still unknown.

How is it Diagnosed?

SD is a difficult condition to diagnose and is often confused with other voice disorders, which is why a number of specialists are required to make the diagnosis. Speech pathologists, neurologists and ear, nose and throat specialists work together with the information they have from their separate assessments.

Initially, the general practitioner will discuss the symptoms with their patient in order to understand the problem and then refer them to the specialist or a specialised voice clinic. After all the symptoms have been identified and discussed, a clinical and nasolaryngoscopy examination will confirm the diagnosis. Aside from these, usually no other tests are required.

Assessing the response to certain treatments will also provide an indication of whether the voice disorder is in fact SD. For example, SD does not improve with voice therapy, which can be assessed by a speech therapist. Once this has been concluded, a neurologist will test the response to botulinum toxin (BoNT; Botox) injections, as SD usually improves after this treatment.

SD is a chronic disorder that develops suddenly and often in the third decade. Once developed, people tend to experience a gradual worsening of symptoms. If left untreated, the intensity of spasms is reduced over time in some people, indicating that eventually a change does occur in the muscles.  However, very little is known in this area and it is not recommended to leave the condition untreated for this reason.

How is Spasmodic Dysphonia treated?

Firstly, it is important to develop coping and management skills, as SD symptoms worsen during stress and fatigue. Therefore people are taught ways to relax and respond to stress in a more positive manner, which may decrease the intensity of the laryngeal spasms.

In terms of physical treatments, destroying the nerve endings (denervation) in laryngeal muscles is the most successful treatment for SD. This is most commonly achieved temporarily with botulinum toxin.

Injections of a medication that cannot be named here (used in cosmetic clinics to relax muscles) into the adductor laryngeal muscles (thyroarytenoid) are the most effective treatment for 90% of ADSD patients. Injections can be given into one or both adductors of the vocal folds. The medication blocks the release of acetylcholine at the neuromuscular junction, and hence reduces contractions in the injected muscles. The mechanism of action may be more complex than just producing weakness in this muscle. The procedure needs to be repeated after 3–6 months.

Side effects associated with the medication used for SD include breathiness, stridor, aspiration and difficulty swallowing. People with ABSD do not tend to respond as well to these injections.

Surgical treatment provides permanent structural changes to the larynx, and should only be considered for people who respond well to injections and desire longer term management for their condition.

The aim of the procedure is to denervate the larynx to better control the muscle spasms. There is a risk of producing aphonia (an inability to speak), breathiness and swallowing difficulties after denervation. The risk of these adverse events must be weighed against the potential benefits.

Radiofrequency ablation involves the use of a high frequency alternating current to destroy damaged or dysfunctional tissue. In the case of SD, the tissue destroyed is the dystonic laryngeal muscles. This is an advantageous procedure, as it is less invasive than surgery and does not require anaesthesia.

RF ablation has been found to improve scores in acoustics and voice handicap two months after the operation. RF also does not leave a scar on the neck. Some people will require further ablation or injection therapy one year after RF ablation. 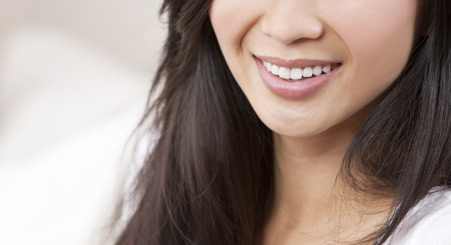